No items found.
Product is not available in this quantity.
Post type:
Industry & Regulations
|
Author:
Susan 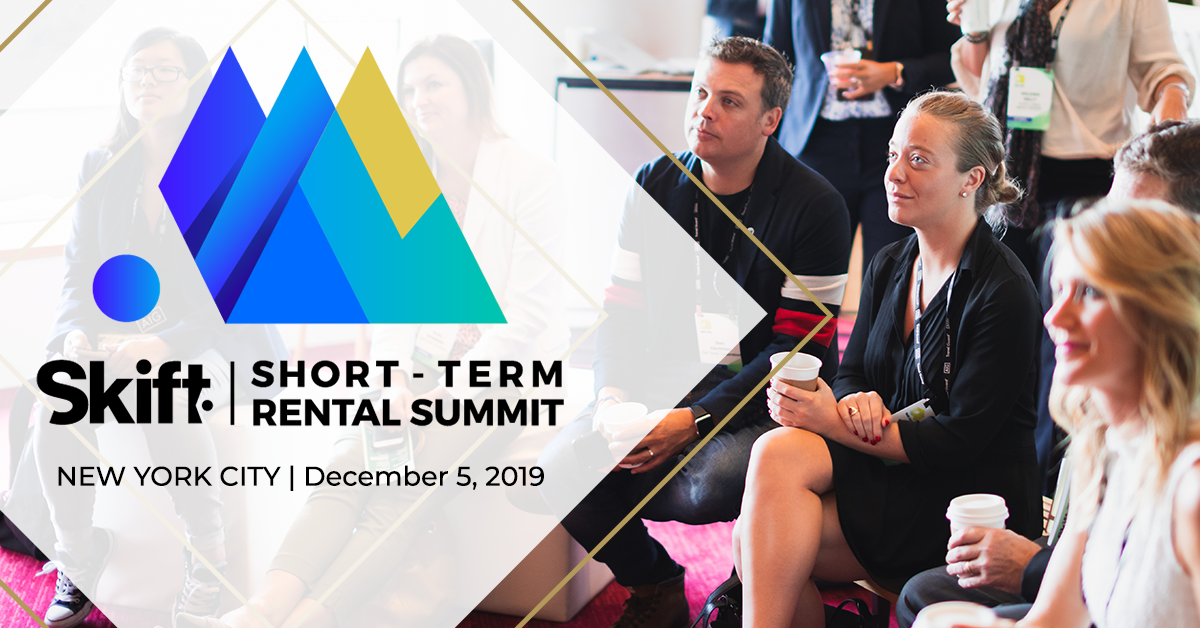 Last week, we had a chance to attend the Short-Term Rental Summit in New York organized by Skift.

For a bit of background - Skift is an industry site for the travel space and they do a pretty phenomenal job on their coverage of the travel space. It was interesting to see them organize a standalone summit focused on short-term rentals as it’s a bit of a reflection of the growing interest in the short-term rental space, as well as the distinction that it has from the general, run-of-the-mill hotel business.

While there were quite a few different panels and speakers, instead of recapping each one, we just wanted to share some of the most noteworthy trends, as well as reflections on how these things apply to STR investors.

Over the last couple of years, there’s been a rise of new type of hospitality class - part Airbnb, part-hotel. Examples of those are Sonder, StayAlfred, Lyric, Domio. They are built on the premise that today’s guest is looking for the experience and uniqueness of an Airbnb with the reliability and consistency of a hotel.

These companies typically operate by partnering up with developers on new, large buildings and doing a master lease on multiple floors or the entire building.

Then, they send in their design team to decorate and spruce up the units, combine it with technology to create a seamless check-in process (oftentimes fully virtual, sometimes with a front desk), and promote it both through Airbnb and traditional hotel channels to prospective guests.

The end result are apartment-like units that are booked like a hotel. Main difference with a hotel typically has to do with locations, design, the fact that there’s usually no daily cleaning, and that oftentimes, check-in and check-out does not include a front desk.

‍
These companies have been featured in multiple talks within the summit. Our takeaways are such:

- WeWork has to compete with the landlords locally for the same tenants. So, a building owner can technically turn around and pitch to the same tenants. These companies, however, compete for global guests, which is hard for property owners to match and master.

‍
- WeWork’s margins - before overhead - were just 15%. Very small. (it would be curious to see what the margins are for these)

As the market matures, we can expect competition both from hotels, as well as these companies. Fortunately, we have access to the same marketing channels, virtually the same technology as far as automation and pricing, and - oftentimes - significantly lower overhead.

Takeaway 2: We Are at the Late End of the Real Estate Cycle

Towards the end of the summit, we got to hear a bit from the former Airbnb CFO and the current investor into Sonder. He was probably among the most insightful folks at the event, so we wanted to share a few of his comments.

He generally believes that we are at the late end of the real estate cycle, so we should make decisions accordingly.

Looking at the Short-Term Rental market as a whole, leisure market will always remain fragmented . It’s tough for large companies to get enough concentration to reach the scale they need. On the other hand, institutional capital will typically flow to fund urban markets more, which is why we’re seeing so much capital flowing to Sonder and the like.

On a personal note, we're big proponents of this approach and always aim to ensure that any property we're thinking about acquiring works as both short-term rental and a long-term rental.

Takeaway 3: Some Insights from AirDNA

It's likely that most of us would benefit most from properties that are not directly competing with a hotel. So less focus on studio and 1-bedroom units and more focus on 2-bedroom and larger spaces that can cater to larger groups and offer something that hotels cannot. Alternatively, you can still proceed with a single room / studio / 1-bed units, but then you're mainly competing on price.

Takeaway 4: VRBO Might Be a Good Option for Whole House Rental

VRBO is planning to focus primarily on family travel. To do that, they are rolling out a number of features such as trip boards to help familiar collaborate.

If you have a large house listing - especially over 3-4 bedrooms - in a leisure market, VRBO deserves a closer look.

It's really quite great to see this sort of content and events take place around the short-term rental space. While most of the conference was focused a bit more on macro trends and the larger, VC-funded players, I think it was a very strong reminder that the short-term rental space is not going anywhere, it's growing well, and there are opportunities to be had at every level.

In fact, I'd argue that smaller investors who are looking to build a portfolio of 1-10 STR properties are actually at an advantage, as their overhead is significantly lower than for the larger players.

If you have any questions, feel free to email us at hi@buildyourbnb.com. We would love to hear from you!

rEGISTER FOR STR COURSESBOOK A consulting CALL WITH US